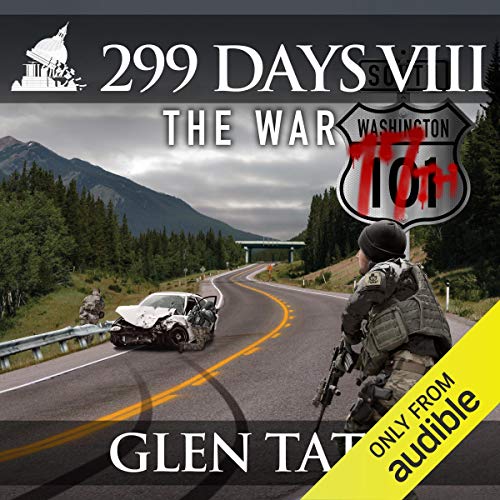 For many people at Pierce Point and the rest of Washington State, the upcoming New Year is a time for hope, and belief that life is going to improve and the Collapse will end. For Grant Matson and the 17th Irregulars, the New Year means only one thing - war. The time has come, and they have received their orders from HQ. Grant must come clean with Lisa and tell her the truth about his work as he plans to abandon his family once again. While the Loyalists drunkenly and selfishly celebrate New Year’s Eve, the Patriots mount a surprise attack on Frederickson, making way for the 17th Irregulars to move toward Olympia. As the battle moves on, the men quickly realize the importance of everything they have been training for when they find themselves ambushed. Doing everything he can to suppress his own fear and lead the 17th Irregulars, Grant motivates them to persevere as they fight for liberty and restoring the country to the greatness it once was.