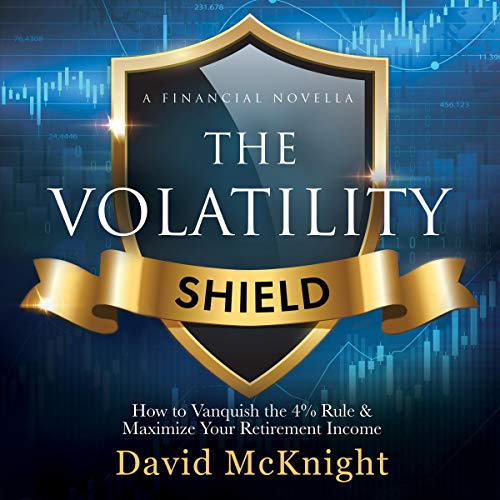 The Volatility Shield: How to Vanquish the 4% Rule & Maximize Your Retirement Income

The Volatility Shield: How to Vanquish the 4% Rule & Maximize Your Retirement Income

Former NFL great Ted Hardy took an early retirement at age 50 after selling his sporting goods chain for a cool $3 million net after tax. At the time, Ted’s money manager made a simple promise: If you stick to your withdrawal plan and get reasonable average annual returns, you’ll never run out of money and you’ll die with millions. 18 years later, Ted’s stepson and financial power of attorney Jack Wheeler is called into town to sort out Ted’s finances after Ted suffers a major health crisis. Confident that Ted still has millions in his stock market portfolio, Jack makes plans to place him in the best long-term care facility in town. But after examining Ted’s investment statements, he makes a shocking discovery: Over $5 million is missing from Ted’s portfolio. As Jack investigates the disappearance of his stepfather’s money, he learns financial truths that challenge conventional wisdom and reveal a gaping hole in his own retirement picture.