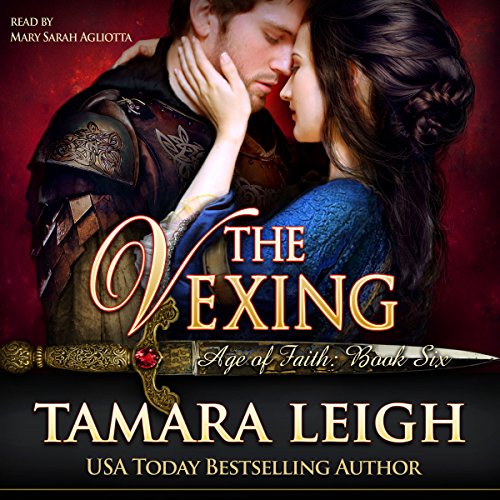 Answering her father's summons to return home, Lady Beata Fauvel must evade capture by noblemen who seek to wed a great heiress. But when she falls into the hands of Queen Eleanor of England, she discovers her sovereign has plans of her own for the lady known France over as The Vestal Widow. Now Beata must not only escape the knight entrusted with ensuring she does not wed without permission, but survive a storm-tossed sea and revelation of a long-buried secret that could destroy her family. And what of a heart that wants what it cannot have? Will it only ever beat for the queen's man?

For years, Sir Durand Marshal has faithfully served his queen as penance for betrayal of the Wulfrith family. When he rescues a woman pursued by vassals of the French king, he is charged with delivering to England the nearly scandalous lady who has only a name in common with the one he once loved. Though he never expects to feel anything beyond annoyance for the outspoken Lady Beata, he finds himself drawn to yet another woman denied him. Can he fulfill his duty to his liege? Or will he forsake his redemption and forever ruin his reputation - more, the lady's?