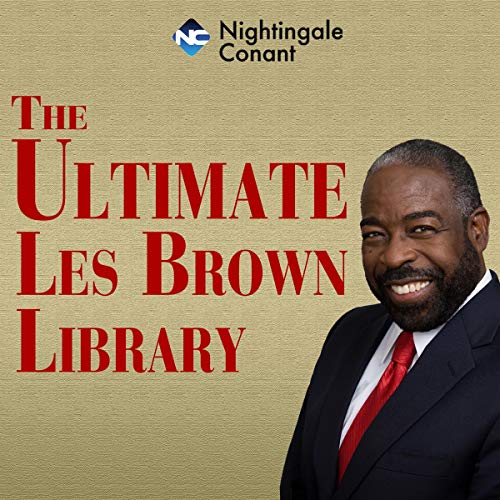 Les Brown is a dynamic personality and highly-sought-after resource in business and professional circles for Fortune 500 CEOs, small business owners, non-profit and community leaders from all sectors of society looking to expand opportunity. For three decades he has not only studied the science of achievement, he’s mastered it by interviewing hundreds of successful business leaders and collaborating with them in the boardroom translating theory into bottom-line results for his clients.

Yet, as Les himself makes clear in most all of his speeches, this incredible, highly influential speaker and leader came from much more humble beginnings.

Brown was born with his twin brother, Wesley, in an abandoned building in Liberty City, a low-income section of Miami, Florida. He was subsequently given up for adoption and adopted by Mamie Brown, a 38-year-old single woman who worked as a cafeteria attendant and domestic assistant. He was declared "educable mentally retarded" while in grade school. Despite the self-esteem and confidence loss issues this created, he learned how to reach his full potential with the encouragement of his mother and assistance from a helpful teacher in high school, a key point in many motivational speeches he gives.

As you’ll hear in many of the audio segments that follow, he first decided to get into public radio and kept returning to the same radio station time and time again looking for a break. It wasn't until the on-air failures of the afternoon DJ that he took his break in radio into his own hands and was hired full-time as on-air talent. Upon his termination from the radio station, he ran for election in the Ohio House of Representatives and won. After leaving the Ohio State legislature, he decided to get into television and eventually ended up on PBS. He also formed Les Brown Enterprises, now known as Les Brown Global, in order to support his newest career as a motivational speaker and was on KFWB in California on a daily syndicated radio program from 2011 to 2012. In the late 1980s and early 1990s, he also won many local and national awards for excellence and he has an Emmy to his name. Brown was a member of the Peabody Awards Board of Jurors from 1982 to 1988.

Today, as a premier Keynote Speaker and leading authority on achievement for audiences as large as 80,000 - Les Brown energizes people to meet the challenges of the world around them. He skillfully weaves his compelling life story into the fabric of our daily lives. The thread is forever strengthened, touting why you can’t afford to be complacent and to aim high, achieve and actively make an impact on the world.

Addressing audiences from Denmark to Dubai, Canada to the Caribbean, Les Brown is invited back again and again for his powerful message and the ability to connect deeply with people from all walks of life. It isn’t just his great smile and his way with words that motivates people to take action like never before; when people face roadblocks or adversity it is the depth of his knowledge on achievement that creates lasting results.

Les Brown’s straight-from-the-heart, passion and high-energy, motivates audiences to step beyond their limitations and into their greatness in many ways.