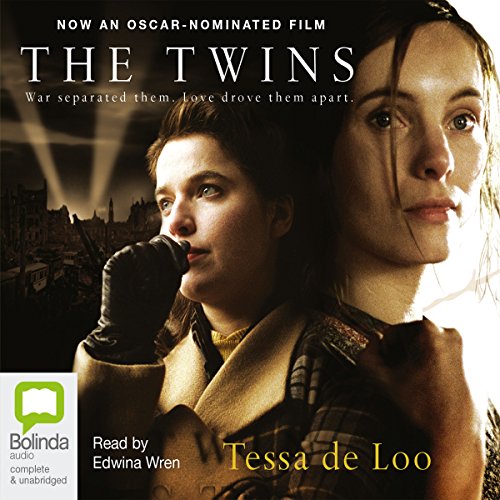 This award-winning novel follows twins Anna and Lotte Bamberg, born in Cologne in 1916 but orphaned and separated before World War II. The women reunite by chance in their 70s in the resort town of Spa, where they spend a great deal of time trying to get to know each other again. Both have suffered greatly, but while Anna stayed in Germany and married a man who joined the Reich, Lotte was been raised in Holland with a family that sheltered Jews. Anna is brash and crude, and although she tries to make Lotte understand her life, the latter projects onto Anna her deep resentment of all things German. A subtle, lyrical novel that performer Edwina Wren narrates with a sensitive, lilting grace.

International best seller published in 21 countries. More than 1 million copies sold. Feature film was an Oscar nominee for Best Foreign Film 2005. One of the Sunday Times '100 Best Books of the Year' and No. 1 in The Independent's '50 Best Books of the Summer 2005'.

Originally published in the Netherlands in 1993, De Loo's first novel to be translated into English explores the enmity that existed between Germans and the rest of Europe after World War II. This moving tale addresses notions of guilt and responsibility in a sensitive, thought-provoking manner, without exonerating or condemning.

Twins Anna and Lotte Bamberg are born in Cologne but orphaned and separated when they are five. While Lotte is taken in by Dutch relatives, Anna is raised by her grandfather in rural poverty. With the advent of war, their lives take very different turns: Lotte!s family hides an assortment of refugees, while Anna finds love with a soldier of the Reich.

Besides two unsuccessful brief meetings, they have no contact until a chance encounter in the Belgian resort town of Spa about 40 years after the war. Anna is eager to reestablish their relationship, yet Lotte is more reluctant. As she gradually comes to understand that not all is black and white, she is able to find her sister again. While some may sense (and resent) an apologist tone to the novel, readers are asked to look deeply into themselves and others before making blanket judgments.