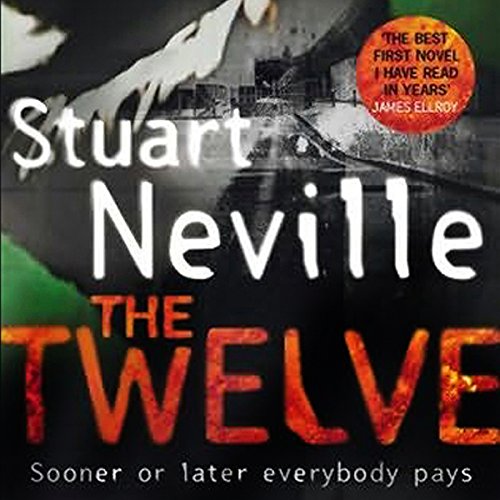 Former paramilitary killer Gerry Fegan is haunted by his victims, 12 souls who shadow his every waking day and scream through every drunken night. Just as he reaches the edge of sanity, they reveal their desire: vengeance on those who engineered their deaths. From the greedy politicians to the corrupt security forces, the street thugs to the complacent bystanders who let it happen, all must pay the price.

When Fegan's vendetta threatens to derail Northern Ireland's peace process and destabilise its fledgling government, old comrades, and enemies alike want him gone. David Campbell, a double agent lost between the forces of law and terror, takes the job. But he has his own reasons for eliminating Fegan; the secrets of a dirty war should stay buried, even if its ghosts do not.

Set against the backdrop of a post-conflict Northern Ireland struggling with its past, The Twelve takes the reader from the back streets of the city, where violence and politics go hand-in-hand, to the country's darkest heart. Stuart Neville's gripping thriller marks the emergence of a brilliant new voice.