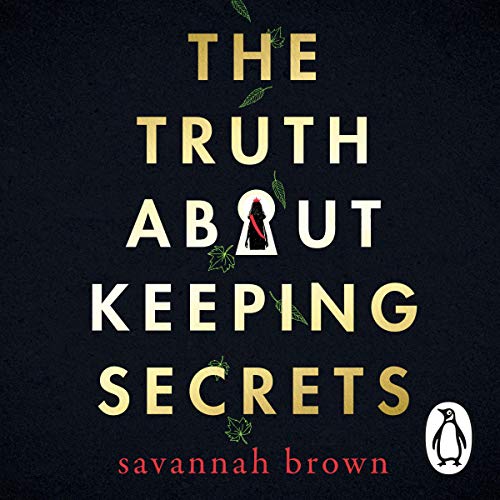 The Truth About Keeping Secrets

Penguin presents the audiobook edition of The Truth About Keeping Secrets by Savannah Brown.

Sydney's dad is the only psychiatrist for miles around their small Ohio town.

He is also unexpectedly dead.

Is Sydney crazy, or is it kind of weird that her dad - a guy whose entire job revolved around other peoples' secrets - crashed alone, with no explanation?

And why is June Copeland, homecoming queen and the town's golden child, at his funeral?

As the two teenagers grow closer in the wake of the accident, it's clear that not everyone is happy about their new friendship.

But what is picture-perfect June still hiding? And does Sydney even want to know?

The Truth About Keeping Secrets is a gripping, voice-led high school thriller.

So...I lost a lot of sleep the past few days

This Book like her other Book "The Things We Don't See" has captovated me for its entirety.
Every Character felt so fleshed out and her style of writing really got me excited about the mystery behind all the "Romance" and Drama. And i really freakn adored it. Love her, love this Book. Hope you give it a shot, whoever you might be reading this review. And have a great Time ;p

So well and beautifully written and narrated. So raw, real and honest, so near to my some of my own experiences. Great job!