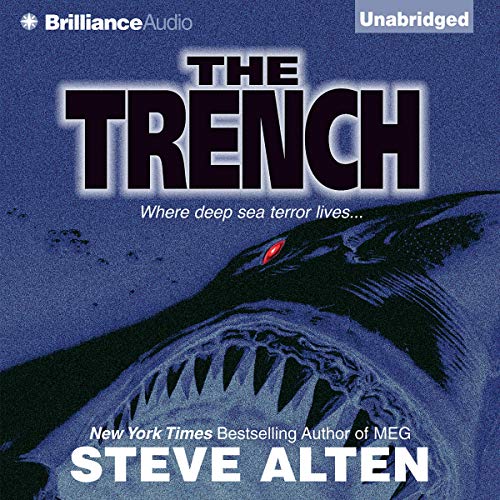 Its appetite is ravenous. Its teeth scalpel-sharp. Its power unstoppable as it smashes the steel doors holding it in a Monterey, California, aquarium. The captive 20-ton Megalodon shark has tasted human blood, and it wants more.

On the other side of the world, in the silent depths of the ocean, lies the Mariana Trench, where the Megalodon has spawned since the dawn of time. Paleo-biologist Jonas Taylor once dared to enter this perilous cavern. He alone faced the monster and cut its heart out, and he wears the painful scars of that deadly encounter.

Now, as the body count rises and the horror of the Meg's attack grips the California coast, Jonas must begin the hunt again. But to do that means returning to the dark terror of the trench...where the Meg is waiting. Using himself as bait, Jonas will enter the ultimate battle - a fight to the death between man and beast in the darkest recesses of the ocean...and a fight for his sanity from the depths of his own tormented soul.

"When Angel rolls back her eyes and opens her jaws for the kill, readers will remember with a thrill why they picked up this novel in the first place." ( Publishers Weekly)