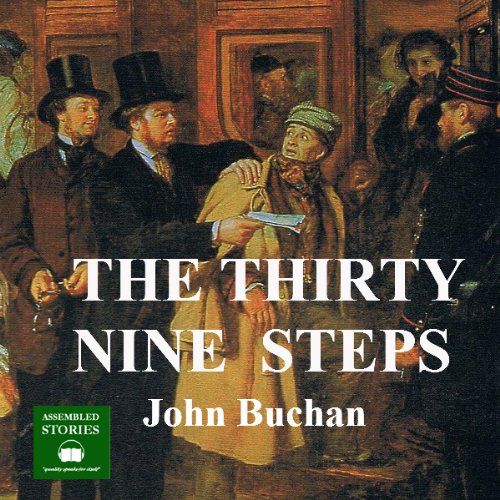 Among the first espionage thrillers and an acknowledged classic, The Thirty-Nine Steps well deserves its accolades as one of the best adventure stories of all time. Leaving aside the improbable denouement, the fast paced, brilliantly conceived narrative still excites and carries one along with the sheer suspense of the manhunt - a recurring theme in literature - and Hannay’s struggle against the evil that is the ‘Black Stone'.

May 1914: Europe is close to war and spies are everywhere. Richard Hannay has arrived back in London to begin a new life, when a spy called Scudder asks for help to uncover a German plot to murder the Greek prime minister in London and to steal British plans for the outbreak of war. He claims to be following a ring of German spies called the Black Stone. A few days later, Scudder is murdered. Hannay is forced to continue Scudder’s work and is chased across Scotland both by police and German spies. The solution to the mysterious phrase 'Thirty-Nine Steps' is a thread that runs through the whole story.

About Assembled Stories: Over the years the national press have reviewed Assembled Stories titles as ‘excellent’, ‘remarkable’, ‘entrancing’, ‘superb’, ‘magic for sure’, ‘masterly’, ‘wonderful’, ‘a class act’ and ‘a splendid example of audio at its best’.