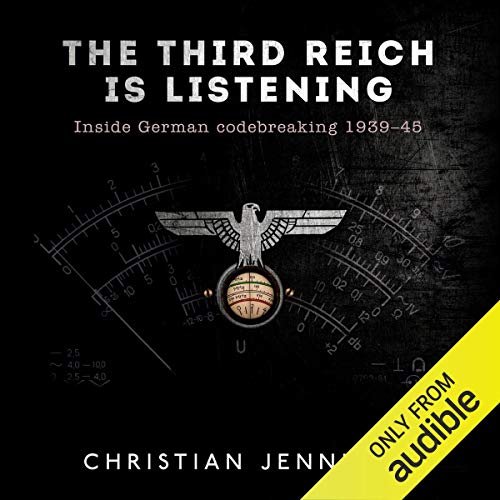 The Third Reich Is Listening

The codebreakers at Bletchley Park have been immortalised in films such as The Imitation Game and Enigma, but the Germans were also breaking Allied ciphers. The Third Reich Is Listening is the comprehensive account of the successes, failures and science of Germany's codebreaking and signals intelligence operations from 1935 to 1945.

This fast-moving blend of modern history and popular science is told through colourful personal accounts of the Germans at the heart of the story, including a former astronomer who worked out the British order of battle in 1940, a U-boat commander on the front line of the Battle of the Atlantic and the woman from the foreign ministry decrypting Japanese and Italian signals.

It investigates how and why a regime as technologically advanced as the Third Reich both succeeded and failed in its battle to break their enemy's codes and to use the resultant intelligence effectively, and why they failed to recognise the fact that the Allies had cracked the enigma code.