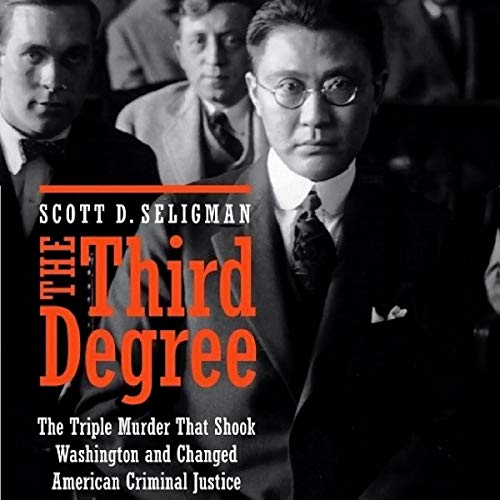 Part murder mystery, part courtroom drama, and part landmark legal case, The Third Degree is the true story of a young man’s abuse by the Washington police and an arduous seven-year journey through the legal system that drew in Warren G. Harding, William Howard Taft, Oliver Wendell Holmes, John W. Davis, and J. Edgar Hoover. The ordeal culminated in a sweeping Supreme Court ruling penned by Justice Louis Brandeis that set the stage for the Miranda warning many years later. Scott D. Seligman argues that the importance of the case hinges not on the defendant’s guilt or innocence but on the imperative that a system that presumes one is innocent until proven guilty provides protections against coerced confessions.

Today, when the treatment of suspects between arrest and trial remains controversial, when bias against immigrants and minorities in law enforcement continues to deny them their rights, and when protecting individuals from compulsory self-incrimination is still an uphill battle, this century-old legal spellbinder is a cautionary tale that reminds us how we got where we are today and makes us wonder how far we have yet to go.

"This is a book with real crime-noir appeal and serious implications." (Foreword Reviews)

"A fascinating and easy read that can be consumed in one sitting." (New York Journal of Books)

"A dramatic and insightful read for anybody who cares about human rights and wants to understand the roots of the Miranda warning." (Pennsylvania Literary Journal)