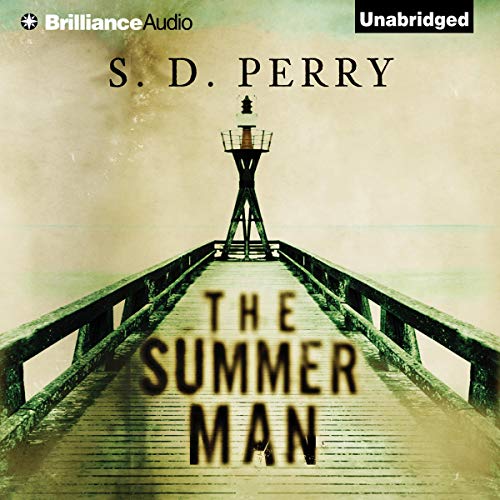 He's here. Amanda Young doesn’t know who…or how…or why. She only knows that evil has come to Port Isley, the picturesque seaside village she calls home. It arrives on the wings of summer, in the guise of a sinister, nameless man crowded among the tourists from Seattle. He’s there when Amanda has a premonition of a classmate’s murder and when the girl’s mutilated body is discovered hours later. He’s lurking nearby when the neighbors she’s known forever inexplicably begin to…change. There — when their suddenly raging emotions transform them into lustful, violent shadows of themselves. Only a select few see the dark signs: Amanda, the town psychiatrist, and the local newspaper publisher. Together, they set out to discover exactly what’s happening in Port Isley — and whether or not anyone has a prayer of getting out of the town alive.

3 hours would have been enough to tell the story

The book starts promising but is loosing the central theme very fast. The story is unnecessarily stretched and the end is like a bursting soap bubble. At the end of the book I thought "so, this is all that`s behind it???"
Far more worse than all that is the fact that I constantly asked myself why the caracters act so stupid instead of using their brain.
So, no, I wouldn`t recommend this book. Sorry :-(