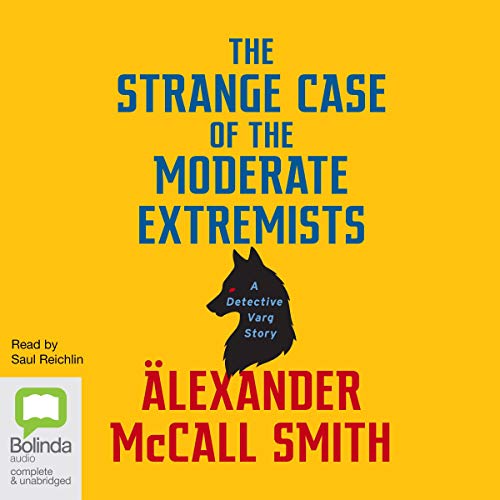 The Strange Case of the Moderate Extremists

From literary master McCall Smith, this is a bewitching short foray, witty and warm, into Scandinavian mystery.

Detective Ulf Varg from the Department of Sensitive Crimes is often called upon to investigate unusual matters. But rarely is he asked to conduct an inquiry on behalf of his own family. Is such a thing ethical?

Adding to Ulf's moral discomfort is the fact that he does not exactly see eye to eye with his younger brother Bjorn - a leading player in one of Sweden's right-wing parties, the Moderate Extremists. Still, family is family, so Ulf finds himself working to uncover the mole leaking secrets to a rival party, the Extreme Moderates.

All of this in addition to his responsibilities to the Department, which include investigating a case of cat-related sabotage. As always, it's up to Ulf to close the case...even if he encounters unexpected resistance from the victims themselves.