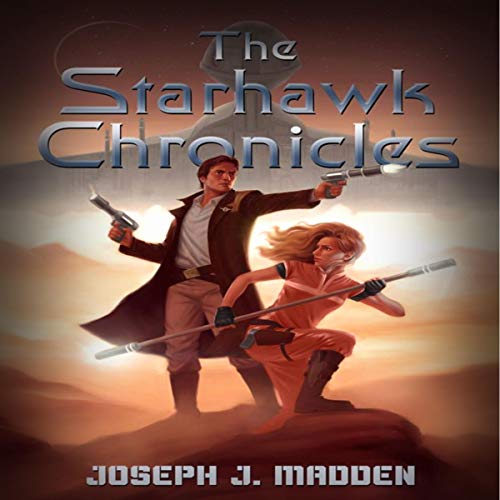 The year is 2283. Though more than a quarter-century has passed since the end of the last war, the Galactic Confederation is still busy picking up the pieces. Whole sectors of the galaxy remain lawless, rife with corruption and greed. The criminal element has a well-established foothold on these sectors. It is a good time to be a bounty hunter.

Jesse Forster and the crew of the STARHAWK are some of the best bounty hunters in the business. Kayla Karson is a young independent hunter out to make a name for herself. Their paths collide as both take up pursuit of the leaders of the Nexus Gang, the most brutal crime syndicate in the galaxy.

An uneasy alliance is formed as the two undertake the most difficult hunt of their careers. Great rewards are to be claimed, if they don't kill each other in the process.