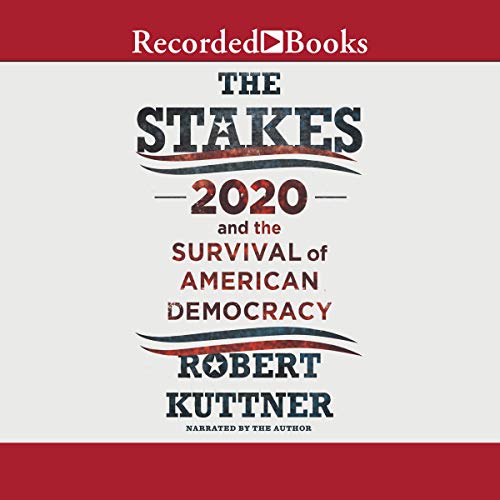 To save both democracy and a decent economy, here's why it's crucial that Americans elect a truly progressive president. The 2020 presidential election will be pivotal for the credibility of government and for democracy itself, argues Robert Kuttner in this brief and compelling call to arms. Either we continue the twin slides into corrupt autocracy and corporate plutocracy - the course set in the past half century by Republican and Democratic presidents alike - or we elect a progressive Democrat in the mold of FDR.

At stake is nothing less than the continued success of the American experiment in liberal democracy, which depends on a fairer distribution of life chances and a reduction of the financial industry's influence in the political sphere. Kuttner goes on to show convincingly that a progressive Democrat also has a better chance than a centrist of winning the presidency in the current political environment.

A passionate book from one of our best political analysts, The Stakes will be the book to listen to ahead of the 2020 primaries.