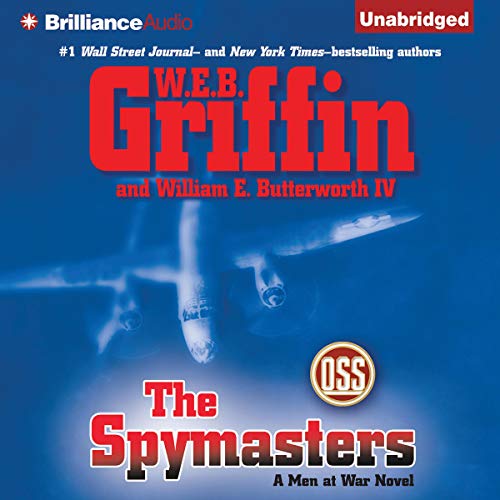 It is summer 1943. Two of the Allies’ most important plans are at grave risk: Operation Overlord’s invasion of France and the Manhattan Project’s race to build the atomic bomb. A furious President Roosevelt turns to OSS spy chief Wild Bill Donovan — and Donovan turns to Dick Canidy and his teams behind enemy lines. They’ve certainly got their work cut out for them. In the weeks to come, they must fight the Axis in many ways, to try to find and sabotage Germany’s new “aerial torpedo” rockets, some of which are rumored to be fitted out with deadly nerve gas and aimed at London; to rescue a missing covert OSS team bearing vital secrets; and to exploit German intelligence agents and generals disgruntled enough with Hitler to maybe try to topple him.

And as if all that weren’t enough, they must battle the enemy within, as well: The Soviets are using moles to steal Manhattan Project secrets, and if the Soviets build their own atomic bomb... who knows where that might lead?

Filled to the brim with action, character, and the deep understanding of the military heart and mind that have made Griffin’s novels outstanding, The Spymasters is simply great listening.