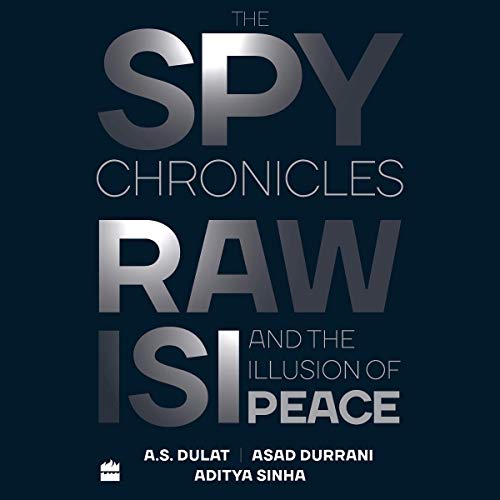 Sometime in 2016, a series of dialogues took place which set out to find a meeting ground, even if only an illusion, between A.S. Dulat and Asad Durrani. One was a former chief of RAW, India's external intelligence agency, the other of ISI, its Pakistani counterpart. As they could not meet in their home countries, the conversations, guided by journalist Aditya Sinha, took place in cities like Istanbul, Bangkok and Kathmandu.

On the table were subjects that have long haunted South Asia, flash points that take lives regularly. It was in all ways a deep dive into the politics of the subcontinent, as seen through the eyes of two spymasters. Among the subjects: Kashmir, and a missed opportunity for peace; Hafiz Saeed and 26/11; Kulbhushan Jadhav; surgical strikes; the deal for Osama bin Laden; how the United States and Russia feature in the India-Pakistan relationship; and how terror undermines the two countries' attempts at talks.

When the project was first mooted, General Durrani laughed and said nobody would believe it even if it was written as fiction. At a time of fraught relations, this unlikely dialogue between two former spy chiefs from opposite sides - a project that is the first of its kind - may well provide some answers.