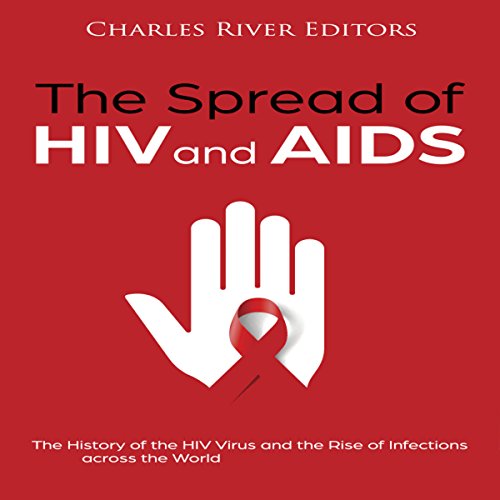 The Spread of HIV and AIDS

At some point during the 1930s, an altered form of simian immunodeficiency virus, or SIV, was transferred from a chimpanzee to a human hunter. This most likely occurred in the Democratic Republic of Congo when hunters handled and consumed meat from hunted chimpanzees. Those initially infected by the chimpanzees would spread the disease further, and a generation later, in 1959, a man in the Democratic Republic of Congo died due to AIDS-related complications. Using blood plasma, researchers have determined he was the first documented case of the disease in humans.

Flashing forward to the 1970s, the disease continued to spread throughout the world undetected. It reached countries such as the US and England, passing the radar of most medical professionals, and as a result, no research was performed during the decade.

By 1981, an extremely rare type of skin cancer, Kaposi’s sarcoma, became increasingly common among gay men in New York City and California. This, coupled with high rates of pneumonia, led researchers to believe immunodeficiency was on the rise due to a disease. By the end of 1981, 121 Americans had died as a result of the unknown disease, and the following year, the US Centers for Disease Control and Prevention, or CDC, made initial predictions related to the disease. They hypothesized the immune deficiencies present in gay men was the result of an infection. As a result, the phrase acquired immune deficiency syndrome, or AIDS, was coined. They also learned other groups, such as drug users and hemophiliacs, were at equally high risk of contracting the disease.

By 1983, the disease had reached five continents and was becoming more widespread in Europe. Gay men who had visited the US and individuals who had connections to Africa were especially at risk. At this point, researchers began to investigate these ties.

The disease was finally discovered in 1984 by Luc Montagnier at France’s Pasteur Institute and Robert Gallo at the US National Cancer Institute. It was named human immunodeficiency virus, or HIV, due to its impact on the immune system. During this time period, heterosexual individuals with no connections to drug use or Central Africa also began to experience disease symptoms.

Throughout the 1990s, drugs to target HIV became increasingly affected. AZT was found to help prevent the transfer of HIV from a mother to a fetus, and newer, stronger drug cocktails were invented. Living a full life with HIV became a reality, compared to being a death sentence just a decade earlier.

The Spread of HIV and AIDS: The History of the HIV Virus and the Rise of Infections across the World examines how the notorious killer became one of the most feared diagnoses in the world. You will learn about the spread of HIV and AIDS like never before.