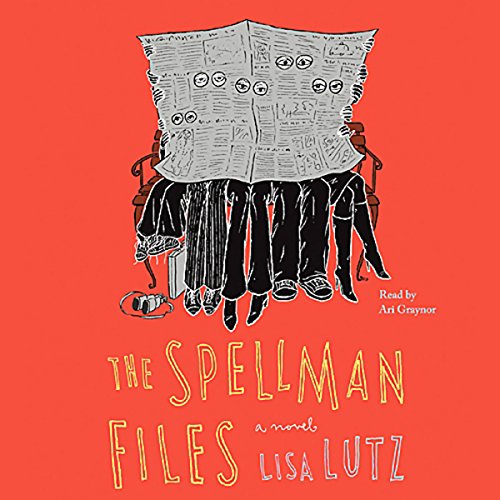 Isabel Spellman's life consists of 24-hour surveillance, routine investigations into her acquaintances, and listening devices planted in her deadbolt-locked room. For a 28-year-old in a family composed almost entirely of private investigators or former cops, the tools of the trade turn typical family dysfunction into commonplace espionage.

Aptly described as Nancy Drew meets Dirty Harry, Isabel has always lived in the shadow of David, her "perfect" younger brother, a lawyer. Her younger sister, 14-year-old Rae, is addicted to "recreational surveillance" and anything with obscene amounts of sugar, and can be found, when the going gets tough, drowning her sorrows in a soda at Isabel's favorite bar. Rae's namesake, Uncle Ray, routinely disappears on benders the family dubs "Lost Weekends".

When their parents hire Rae to follow Isabel in order to ascertain the identity of a suspected new boyfriend, Isabel snaps and quits the business. That's easier said than done, though, with wiretapping and coercion part of the family dynamic. Her parents make her a deal: solve one last case, the Snow case, and her employment contract with Spellman Inc. will be declared null and void. The kicker: the Snow case is decades old, ice cold, and more twisted than a pretzel. Isabel throws herself headlong into what she thinks is the most crucial case of her life. And then her sister Rae disappears, and "crucial" takes on a whole new meaning.

The Spellman Files is a hilarious and at times suspenseful novel about a modern family with a highly unique way of loving, living, and making a living - often times in harmony.