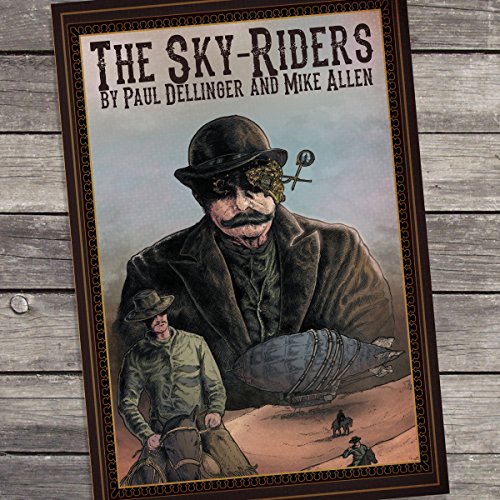 Alistair Jones is an ex-Pinkerton agent roaming the West in search of work. Amy Dunston is an angry widow searching for answers. Who knows what those men with matching mustaches and bowler hats are searching for? But Alistair and Amy would both like to know why there are so many of them, why they all look alike, and why they're impervious to bullets--at least until they meet the business end of Alistair's .52-caliber 1874-pattern Sharps rifle. It could take down a buffalo with one shot, and it worked on those Bowlers, too.

But Alistair's gun and Amy's quick thinking might not be enough. Scientist Hiram Wilson's newfangled solar- and steam-powered airship has brought an army of those bowler-wearing varmints out of the woodwork, and destroying Hiram's invention is just the beginning of their terrifying plan for our planet.

A vintage Western meets an alien invasion straight out of the golden age of science fiction and adds a chaser of steampunk in The Sky-Riders, a new novelette from Southwest Virginia authors Paul Dellinger (Mr. Lazarus) and Mike Allen (Unseaming).