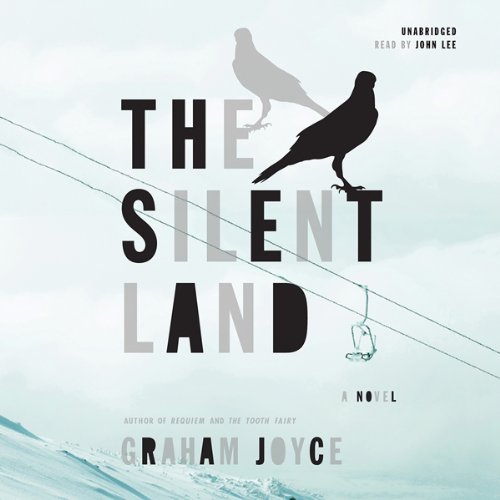 Award-winning novelist and cult favorite Graham Joyce transports listeners to a mysterious world of isolation and fear with this hypnotically dark story - a daring and powerful novel about love, loss, and rebirth.

In the French Pyrenees, a young married couple is buried under a flash avalanche while skiing. Miraculously, Jake and Zoe dig their way out from under the snow - only to discover the world they knew has been overtaken by an eerie and absolute silence. Their hotel is devoid of another living soul. Cell phones and land lines are cut off. An evacuation as sudden and thorough as this leaves Jake and Zoe to face a terrifying situation alone. They are trapped by the storm, completely isolated, with another catastrophic avalanche threatening to bury them alive… again. And as the couple begins to witness unset­tling events neither can ignore, they are forced to con­front a frightening truth about the silent land they now inhabit.< /p>

The Silent Land is a brilliantly conceived novel that puts a husband and wife in a strange and frightening reality where it would seem they are the last two people on Earth. Together they will face the ultimate test of their love for each other, and they will be forced to decide what their lives are worth - and what they will sacrifice to save each other. Joyce has written a mysteri­ous masterpiece, a tour de force that will thrill fans of Peter Straub and the hit television show Lost.