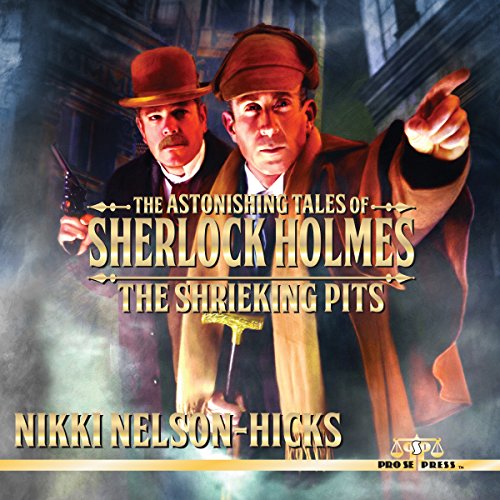 Sir Arthur Conan Doyle's creation that literally changed the face of fiction and popular culture lives on in a daring new imprint from Pro Se Productions. Author Nikki Nelson-Hicks takes Holmes and Dr. Watson on a mystifying, shocking journey into mystery and intrigue in the line's debut volume - The Astonishing Tales of Sherlock Holmes: The Shrieking Pits!

Dr. John Watson discovers that his friend, Sherlock Holmes, has gone missing while hunting fairies in Norfolk with Ulysses K. Todd and his secretary, Mrs. Bernardine Dowell. Concerned that his friend is on a drug induced bender, Watson goes with the pair to Almertune to help his friend, only to discover something more sinister is afoot.

What appears a frivolous excursion into myth hunting takes on a different tone when Watson discovers encrypted notes from the Diogenes Club to Holmes. The World's Greatest Detective is not hunting fairies, but on the trail of Viking silver and a daring heist. Holmes must use every skill at his disposal to discover the secret of the Shrieking Pits while deftly maneuvering around ghost hunters and fairy enthusiasts.... and not add to the body count.

Nikki Nelson-Hicks brings her adoration for Doyle's character as well as her own fervent imagination to brilliant life in The Astonishing Tales of Sherlock Holmes: The Shrieking Pits from Pro Se Productions.