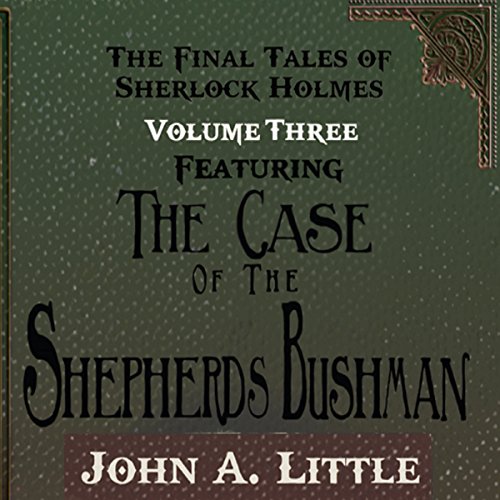 In this series of five short stories, Holmes and Watson continue their late investigations into dark crimes in 1920s London, joined by their excitable housekeeper at 221B Baker Street, the brilliant, buxom Miss Lily Hudson, and by Jasper Lestrade of Scotland Yard, the ambitious, respectful son of the late George Lestrade. Thanks to Royal Jelly, Holmes is a fit 72-year-old who has lost his interest in bees and returned to detecting, joining forces again with his colleague and friend, Dr. John Hamish Watson, a 74-year-old unfit twice-widower, who hankers after the good old days of derring-do. Together they explore the case of the Shepherds Bushman when a dying aborigine finds his way to 221B Baker Street; the Acton Body-Snatchers and the disappearing boy sopranos; the Notting Hill Rapist and the stripping of pregnant women; the Clapham Witch, who casts her voodoo spells on sad old men; and the Battersea Fetishists, a secret brotherhood with some truly murderous rituals.