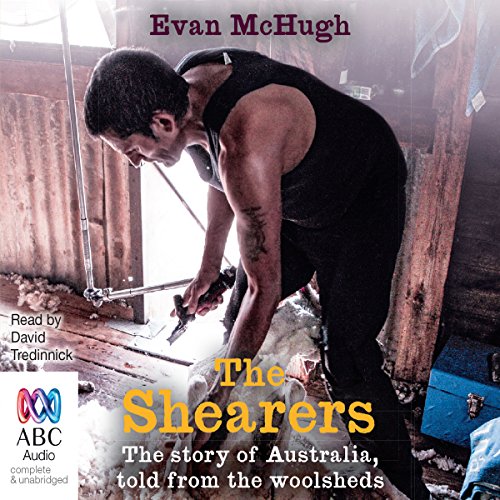 For much of its history, Australia has been described as riding on the sheep's back...but if the country rode on anyone's back, it was on the aching, creaking, flexing spines of Australian shearers.

Armed with their blades, a sense of adventure and a relentless work ethic, shearers have been a fundamental part of Australia's outback for centuries.

Shearers contributed to the formation of both the Labor and National parties while Australia's national song, "Waltzing Matilda", was written on a Queensland sheep station.

Expert outback chronicler Evan McHugh - author of best-selling titles such as The Drovers and Outback Heroes - presents the definitive history of these men, bringing to life the toil, tumult and toughness of the shearing life and the effect it has had on Australia's national character.