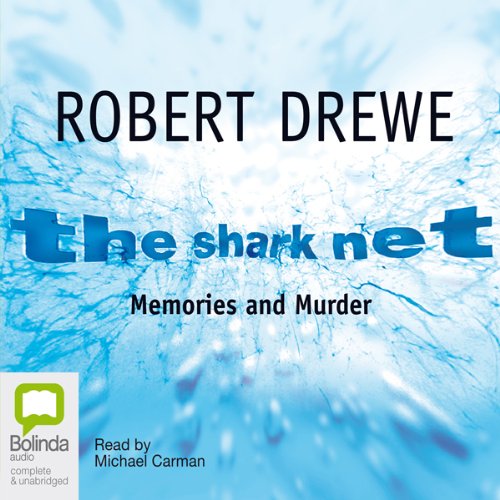 The Shark Net, a vibrant and haunting memoir that reaches beyond the dark recesses of murder and chaos to encompass their ordinary suburban backdrop.

Aged six, Robert Drewe moved with his family from Melbourne to Perth, the world's most isolated city, and proud of it. This sun-baked coast was innocently proud, too, of its tranquility and friendliness. Then a man he knew murdered a boy he also knew. The murderer randomly killed eight strangers: variously shooting, strangling, stabbing, bludgeoning, and hacking his victims and running them down with cars, an innocent Perth was changed forever. In the middle-class suburbs which were the killer's main stalking grounds, the mysterious murders created widespread anxiety and instant local myth.In Robert Drewe's hands, a whole time and region come to vivid life. Extraordinarily moving, surprisingly humorous and beautifully observed.

"Carman's flawless performance includes a deliveryman with a cleft palate, a drunk on the beach, and Drewe's middle-class parents. Excellent." ( AudioFile)