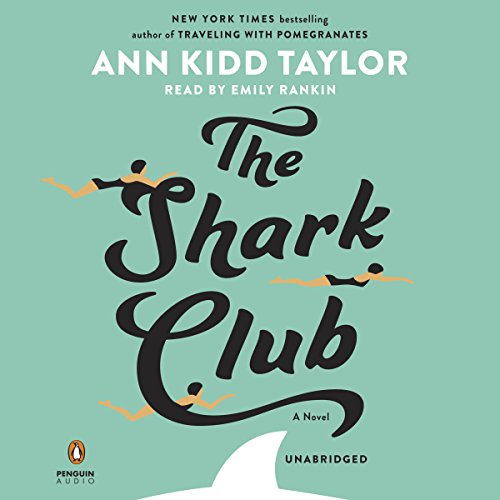 A novel about love, loss, and sharks by the New York Times best-selling coauthor of the memoir Traveling with Pomegranates.

On a summer day on the Gulf of Mexico in 1988, two extraordinary things happen to 12-year-old Maeve Donnelly. First she is kissed by Daniel, the boy of her dreams. Then she is attacked by a blacktip shark.

Eighteen years later Maeve is a world-traveling marine biologist studying and swimming with the very animals that once threatened her life. Known among her peers as the "shark whisperer", Maeve is fearless in the water. On land, however, Maeve is dogged by unresolved wounds and indecisive about the path her life will take. When she returns to the small island off Florida's coast where she grew up and to her childhood home - the legendarily charming and eccentric Hotel of the Muses, where she was raised by her grandmother - she finds that her twin brother may be about to make it big as novelist, using her love life as his jumping-off point. Will she confront her feelings about her brother's betrayal - and forgive her childhood sweetheart, Daniel, the missteps of their youth? Or will she dive headlong back into her research and open her heart to Nicholas, her handsome colleague who shares her passion for the ocean?

Set against the gorgeous backdrop of the Gulf of Mexico, in a picturesque and quaint beach town, The Shark Club is a bittersweet story about the power of forgiveness and the promise of true love.

"This one’s a quintessential summer read: It's based in the Gulf of Mexico so even if you're only sunning at your local beach, you can still daydream of palm trees and pristine waters." (Marie Claire)

"A spellbinding meditation on one woman's unresolved past.... Consider it required summer reading for anyone still tangled in the tricky project of growing-up." (Refinery29)