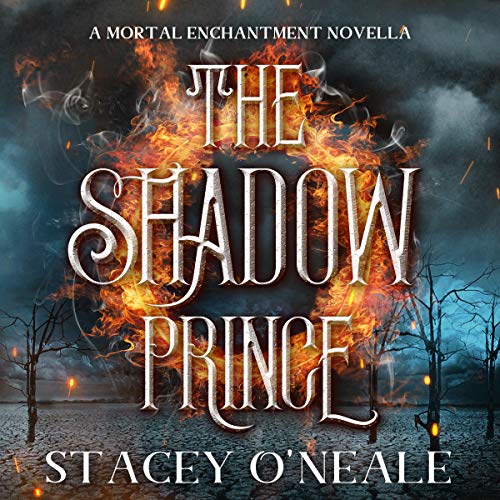 Every sacrifice has consequences.

Sixteen-year-old Rowan has spent most of his life living among the mortals - learning to control the element of fire, impatiently awaiting the day his vengeful mother Queen Prisma will abdicate her throne. When he finally returns to Avalon for his coronation, his mother insists he must first prove his loyalty to the court by completing a secret mission:

Willing to do anything to remove his mother from power, he agrees to sacrifice the halfling. He returns to the mortal world with his best friend Marcus, determined to kill the princess. But as he devises a plan, he starts to question whether or not he's capable of completing such a heinous task. And what price he will pay if he refuses?

"Filled with betrayal and intrigue, The Shadow Prince is a dark and twisty novella from an exciting new author!" (Katee Robert, New York Times and USA Today best-selling author)

"The Shadow Prince is an amazing story, written well, with a unique story and intense plot. O'Neale is one hell of a storyteller." (Rachel, Parajunkee)

"The Shadow Prince is a fast-paced, action-packed, exciting introduction to a world of intrigue, and danger. I think fantasy and paranormal readers are going to love meeting her sexy male lead, Rowan. I'm a fan of both, and I really enjoyed this book. I cannot wait to get my hands on Mortal Enchantment!" (Katie, Mundie Moms)