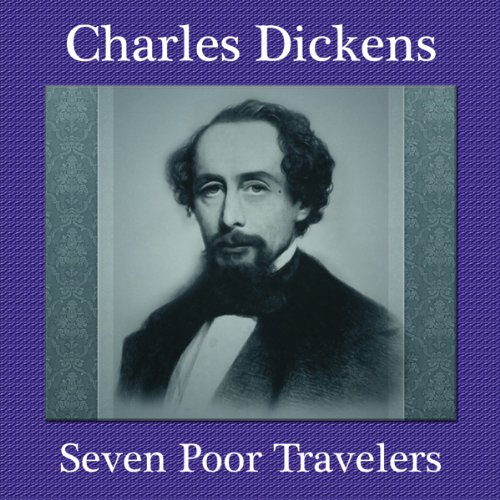 A classic Dickens Christmas story full of love, loss, regret, and reuniting. At listener request an American voice was used to make the audio more accessible to North American listeners. The story begins by relating the hardships the English were enduring at the time of the writing and tells of a dear soul who had endowed an inn for poor travelers to give room and board to destitute visitors for one night. Dickens ironically points out that the travelers got about 1/30th of the value, while the management and lawyers of the trust got the other 29/30ths.

After a Christmas Eve feast, the narrator tells a story about Richard Doubledick, saved by an officer friend , who became his friend for life until his death at Waterloo. Richard later met the French officer who killed his friend and used forgiveness to get over it, which lead to them and their children becoming lifelong friends. This is a classic story about generations of salvation and friendship. "The Seven Poor Travelers" is a wonderful introduction to Dickens for students who wish to dabble first before taking on his longer novels.