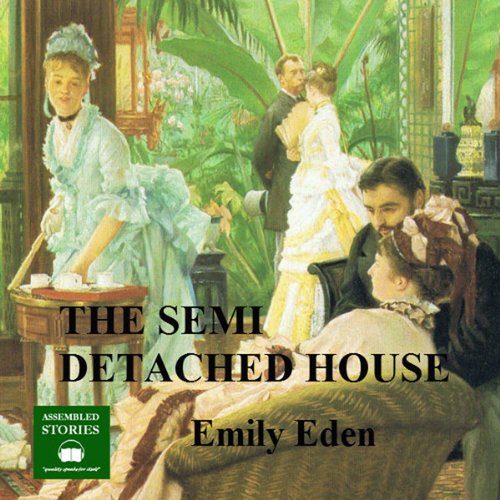 The house is called "Pleasance" and is rented by two sisters, Blanche and Aileen. The story revolves around the fortunes of two neighbouring families of varied social standing. The sisters' semi-detachment is to the Hopkinsons. Whilst Blanche's husband, Arthur, is abroad on a mission, the neighbours soon prove themselves invaluable as friends and Blanche and Mrs Hopkinson discover that their husbands are already acquainted! Emily Eden said of this work at the time of writing, that it was a 'tolerably faithful representation of modern society' but when it was published 30 years later, she saw it as 'a strange chronicle of the Olden Time'. It remains, however, a sharp and witty cameo of polite society in nineteenth century England.