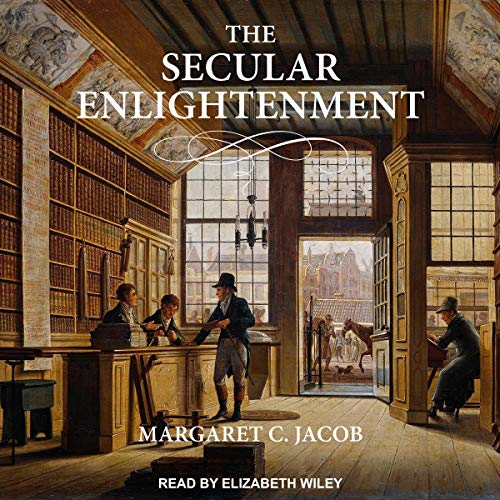 The Secular Enlightenment is a panoramic account of the radical ways that life began to change for ordinary people in the age of Locke, Voltaire, and Rousseau. In this landmark book, familiar Enlightenment figures share places with voices that have remained largely unheard until now, from freethinkers and Freemasons to French materialists, anticlerical Catholics, pantheists, pornographers, readers, and travelers.

Margaret Jacob reveals how this newly secular outlook was not a wholesale rejection of Christianity but rather a new mental space in which to encounter the world on its own terms. She takes listeners from London and Amsterdam to Berlin, Vienna, Turin, and Naples, drawing on rare archival materials to show how ideas central to the emergence of secular democracy touched all facets of daily life. Human frailties once attributed to sin were now viewed through the lens of the newly conceived social sciences. People entered churches not to pray but to admire the architecture and spent their Sunday mornings reading a newspaper or even a risque book.

A majestic work of intellectual and cultural history, The Secular Enlightenment demonstrates how secular values and pursuits took hold of 18th-century Europe, spilled into the American colonies, and left their lasting imprint on the Western world for generations to come.