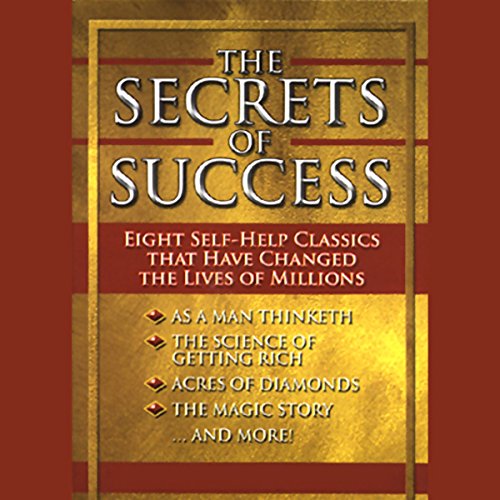 The Secrets of Success

The Secrets of Success

Life-changing wisdom never goes out of style! These eight classic works have truly stood the test of time, selling tens of millions of copies and remaining in constant demand. Now The Secrets of Success, a one-of-a-kind anthology of achievement, reveals why they are every bit as inspiring as they were a century ago.

Here are the masterpieces of success and motivation that have influenced and earned the praise of Brian Tracy, Tony Robbins, Denis Waitley, and many other self-help giants. Listen to such landmark books as The Science of Getting Rich, As a Man Thinketh, and The Magic Story, and you will believe you are truly hearing the secrets of the masters, speaking to you from a hundred years ago. Reflect on the messages of Acres of Diamonds, The Majesty of Calmness, and The Greatest Thing in the World, and you will feel equipped to master the challenges of modern life with the wisdom of the ages.

This compilation includes the following: