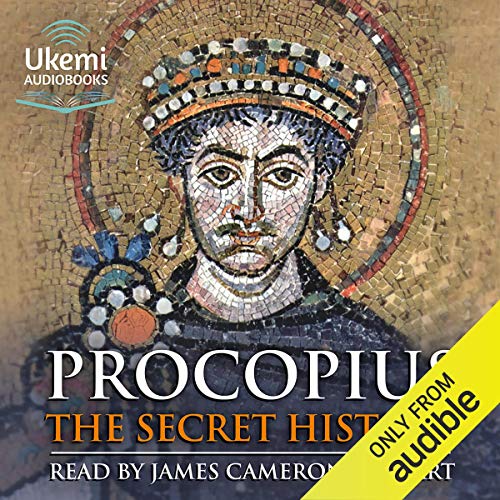 The Secret History, written by the sixth-century Byzantine historian Procopius, is one of the most extraordinary and scandalous documents to have survived from the early Byzantine period.

Procopius, the leading official historian of his time, lived during the testing and indulgent time of Emperor Justinian the Great and wrote the official records of the successful wars and the grand building projects of his ruler. These were words of aggrandisement. But covertly, Procopius kept a very different record: The Secret History, a vivid, salacious and detailed account of the outrageous behaviour of Justinian and his wife, Theodora, and the equally corrupt, licentious and cruel members of the court and administration of the time.

Secrecy was a necessary precaution for Procopius to prevent a painful and untimely death, for Justinian emerges as a grasping, ruthless and unprincipled ruler who would do anything to increase his wealth and power and who would not brook opposition on any level. No-one was safe around him - he was on a par with the worst Emperors of Rome such as Caligula. Theodora was no better - Procopius portrays her as a vulgar woman of insatiable sexual appetite given to scandalous displays and equally ready to kill to satisfy her desires. Not even Belisarius, the outstanding general of the time, was free from criticism: he is shown to be in thrall to his wife, Antonina, also a woman of wild habits, keen to pursue any person or object which appealed to her without let or hindrance.

This was a time, Procopius shows, when no-one in the great capital of Constantinople was safe, a time when the rule of law could be subsumed at any time according to the whim of those in power. James Cameron Stewart reads the unabridged anonymous translation published in 1896 by The Athenian Society.