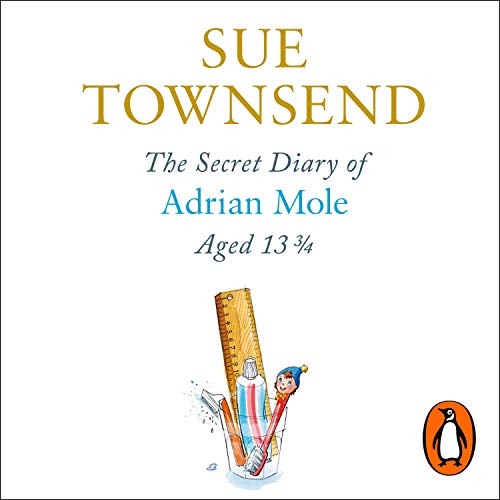 To celebrate the 30th anniversary of the first publication of Sue Townsend's Adrian Mole, Penguin Audiobooks are re-releasing the audiobook edition of The Secret Diary of Adrian Mole Aged 13 3/4 in downloadable audio. This classic of comic fiction is hilariously read by Stephen Mangan, who played Adrian Mole in the The Cappuccino Years and also starred in The Green Wing as the hapless Guy Secretan.

Friday January 2nd: I felt rotten today. It's my mother's fault for singing 'My Way' at two o'clock in the morning at the top of the stairs. Just my luck to have a mother like her. There is a chance my parents could be alcoholics. Next year I could be in a children's home.

"One of literature's most endearing figures. Mole is an excellent guide for all of us." ( Observer)
"Marvellous, touching and screamingly funny . . . set to become as much a cult book as The Catcher in the Rye." (Jilly Cooper)
"A satire of our times. Very funny indeed." ( Sunday Times)