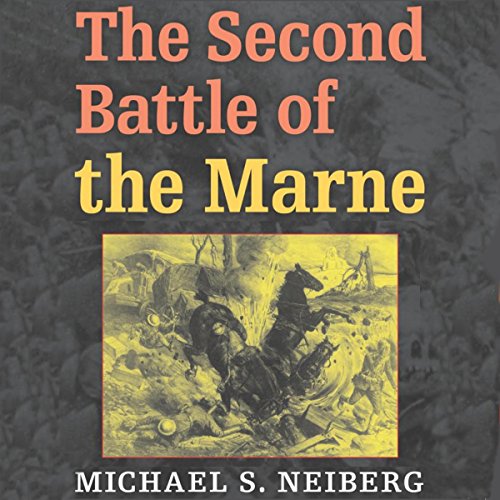 The Second Battle of the Marne

The First Battle of the Marne produced the so-called Miracle of the Marne, when French and British forces stopped the initial German drive on Paris in 1914. Hundreds of thousands of casualties later, with opposing forces still dug into trench lines, the Germans tried again to push their way to Paris and to victory. The Second Battle of the Marne (July 15 to August 9, 1918) marks the point at which the Allied armies stopped the massive German Ludendorff Offensives and turned to offensive operations themselves. The Germans never again came as close to Paris nor resumed the offensive. The battle was one of the first large multinational battles fought by the Allies since the assumption of supreme command by French general Ferdinand Foch. It marks the only time the French, American, and British forces fought together in one battle. A superb account of the bloody events of those fateful days, this book sheds new light on a critically important 20th-century battle.

"This is well worth the read and there is much to consider here." ( Journal of Military History)
"This is a first-rate work of analysis, an original contribution to the study of the Western Front." ( The Listening Post)