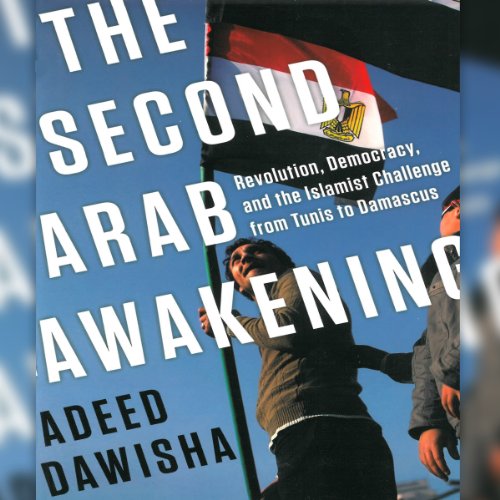 An eye-opening survey of the recent Arab revolutions and their political consequences, comparing them to those of a previous generation.

When Mohamed Bouazizi set himself on fire in Sidi Bouzid, Tunisia, in December 2010, sparking a wave of popular uprisings that would topple dictatorial regimes across North Africa and the Middle East, observers hailed the onset of a great “Arab Awakening.”

But this wasn’t the first time people in Tunisia, Egypt, and elsewhere across the region had taken to the streets demanding fundamental change. An earlier generation, in the 1950s and 1960s, rose against Arab governments that were doing the bidding of colonial powers. A generation later, many of these revolutionary heroes and their inheritors had themselves become murderous tyrants, leading the people to rebel a second time.

In The Second Arab Awakening, distinguished academic and writer Adeed Dawisha brings a deep historical perspective to the recent Arab uprisings, tracing the fledgling and uncertain progress so far of these revolutions and the Islamist challenge that has emerged in their wake. Elegantly written, detailed yet concise, Dawisha’s illuminating exploration of the threats and opportunities facing the victorious revolutionaries provides necessary perspective on a fast-changing political landscape.