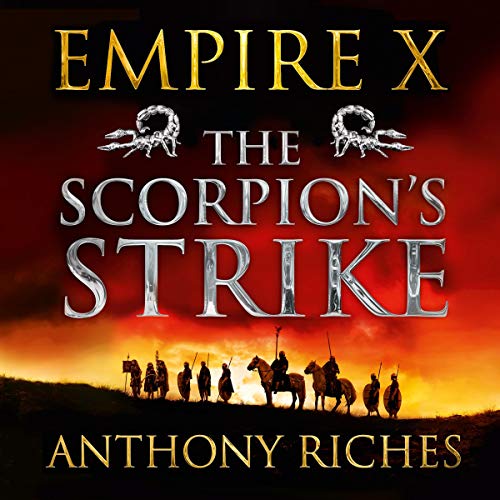 With his compelling Centurions trilogy complete, Anthony Riches returns to his best-selling Empire sequence of novels with his storytelling skills polished to perfection.

Set in the second century AD, The Scorpion's Strike continues the story of Marcus Aquila's fight for justice for a family ripped asunder by imperial assassins. Still seeking revenge, Marcus finds himself thrown back into the heart of the chaos that is shaking the Roman Empire to its roots.

Fresh from their close escape from imperial betrayal in the German forest, Marcus and the Tungrians are ordered to Gaul, where an outlaw called Maturnus is wreaking havoc. Havoc that may be more than mere banditry, as deserters and freed slaves flock to his cause: rebellion is in the air for the first time in a generation.

And if escape from Rome's memories is a relief for the young centurion, he soon discovers that danger has followed him west to Gaul. The expedition is led by Praetorians whom he has every cause to hate. And to fear, if they should discover who he really is.