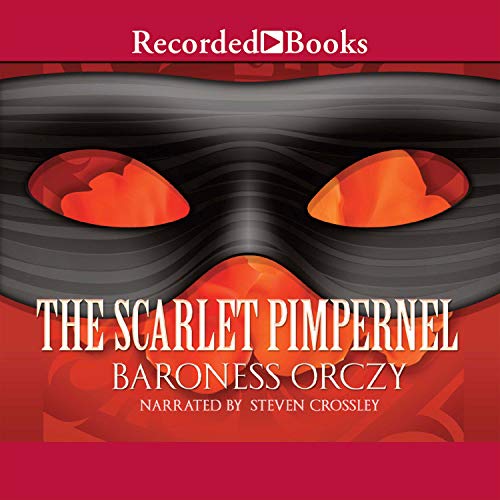 The French Revolution is at the height of its fury. Daily, hundreds of aristocratic heads fall from the guillotine. Emotions run high, and anyone suspected of sympathy toward the nobility is in mortal danger. Only one man is daring enough to lead a small band against popular opinion - the Scarlet Pimpernel. Using masterful disguises and clever strategies, the Scarlet Pimpernel smuggles noblemen and women from France to safety in England. His success is a thorn in the side of the Revolution. As he vanishes from each escapade, he leaves no trace behind except an image of the colorful flower that is his emblem. The Scarlet Pimpernel must be stopped at all costs. But who is he?

This enduring classic is filled with wonderful layers of intrigue and dashing courage. As the cunning hero, and the beautiful woman who loves him, move toward a final victory, the quickened pace is enhanced by Steven Crossley’s dramatic narration.