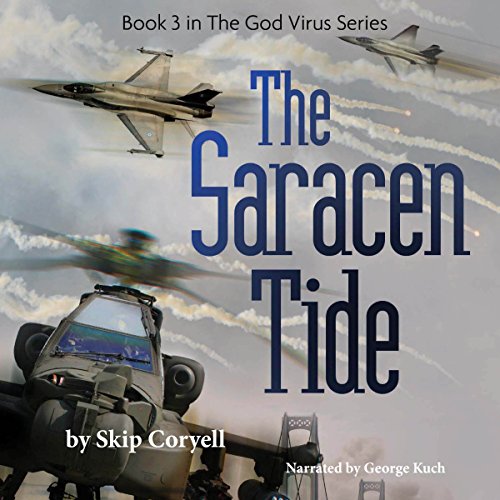 In book two, The Shadow Militia, Dan Branch, Uncle Rodney, and Sheriff Leif led the citizens of Iroquois County into battle against thousands of vicious and deadly gang members hell-bent on destroying anyone who resisted their quest for power. Now, in book three, the town is besieged with a greater and deadlier threat, as an army of 30,000 jihadists make their way north, through Michigan, killing anyone who will not convert to Islam. Will the Shadow Militia and the people of Iroquois be able to defeat this newest threat?

The story begins where it left off. I am proud to give you...The Saracen Tide!