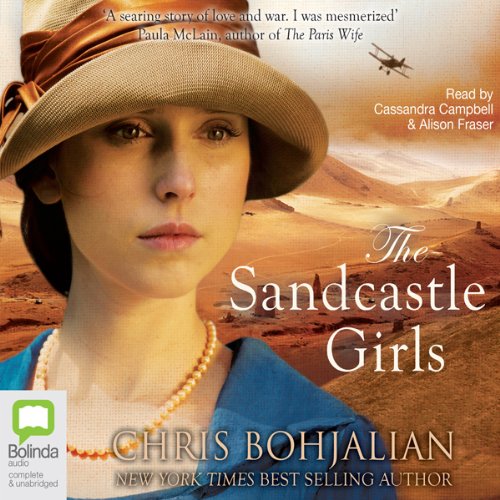 When Elizabeth Endicott arrives in Syria, she has a diploma from Mount Holyoke College, a crash course in nursing, and only the most basic grasp of the Armenian language. The First World War is spreading across Europe, and she has volunteered on behalf of the Boston-based Friends of Armenia to deliver food and medical aid to refugees of the Armenian genocide. There, Elizabeth becomes friendly with Armen, a young Armenian engineer who has already lost his wife and infant daughter. When Armen leaves Aleppo to join the British Army in Egypt, he begins to write Elizabeth letters, and comes to realize that he has fallen in love with the wealthy, young American woman who is so different from the wife he lost.

Flash forward to the present, where we meet Laura Petrosian, a novelist living in suburban New York. Although her grandparents' ornate Pelham home was affectionately nicknamed the "Ottoman Annex", Laura has never really given her Armenian heritage much thought. But when an old friend calls, claiming to have seen a newspaper photo of Laura’s grandmother promoting an exhibit at a Boston museum, Laura embarks on a journey back through her family’s history that reveals love, loss - and a wrenching secret that has been buried for generations.

“Bohjalian powerfully narrates an intricately nuanced romance with a complicated historical event at the forefront. With the centennial of the Armenian genocide fast approaching, this is not to be missed. Simply astounding.” ( Library Journal)
“Masterful ... a near-perfect work of historical fiction ... The contemporary and historical sections each have a different flavor, but both are well written and engaging with interesting, three-dimensional characters ... Enlightening.” ( Booklist)
“Bohjalian deftly weaves the many threads of this story back and forth from past to present, from abuse to humanity, from devastation to redemption. His ability to add irony and wit makes the contrasting horrors even more intense ... Staggering [and] utterly riveting ... [A] valuable and powerful piece of evidence pointing to the undeniable.” ( The Washington Post)