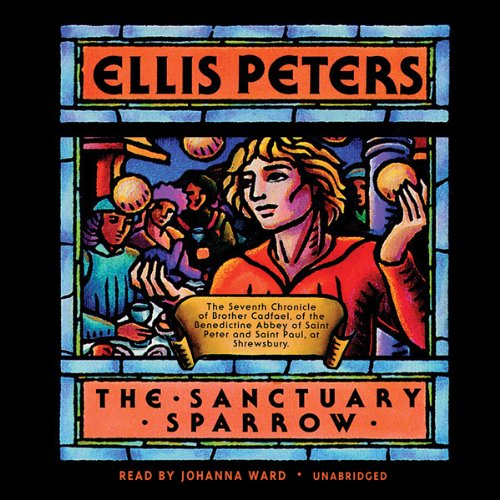 On a spring evening in 1140 Shrewsbury, the midnight matins at the Benedictine abbey suddenly reverberate with an unholy sound—a hunt in full cry. Pursued by a drunken mob, the quarry is running for its life. When the frantic creature bursts in to claim sanctuary, Brother Cadfael finds himself fighting off armed townsmen to save a terrified young man.

Accused of robbery and murder is Liliwin, a wandering minstrel who performed at the wedding of a local goldsmith’s son. The cold light of morning, however, will show his supposed victim still lives, although a strongbox lies empty. Brother Cadfael believes Liliwin is innocent, but finding the truth and the treasure before Liliwin’s respite in sanctuary runs out may uncover a deadlier sin than thievery—a desperate love that not even the threat of hanging can stop.

“Murderous though they be, the Ellis Peters books set in twelfth-century Britain have the freshness of a new world at dawn…Peters weaves a complex, colorful, and at times quite beautiful tapestry. Medieval of course.” ( Houston Post)
“Medieval England comes marvelously alive.” ( Washington Post)