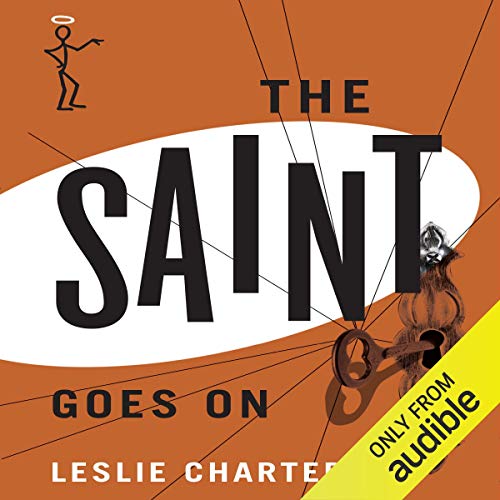 The Saint Goes On

The Saint Goes On

The Saint is back - fifty audiobooks are now available starring the debonair classic crime hero.

Simon Templar is the Saint - daring, dazzling, and just a little disreputable. On the side of the law, but standing outside it, he dispenses his own brand of justice one criminal at a time.

In these three classic stories, the Saint investigates crimes that have left the police confounded. In "The High Fence", he hunts down a villain who somehow manages to kill people just before they can reveal his identity; "The Elusive Ellshaw" sees him on the track of a man meant to have died a year before; and a letter calling for help sends him to a sleepy seaside pub disturbed by mysterious underground rumblings in "The Case of the Frightened Innkeeper." One thing is sure: despite death threats, gunfire and kidnapping, the Saint will go on until his curiosity is satisfied.