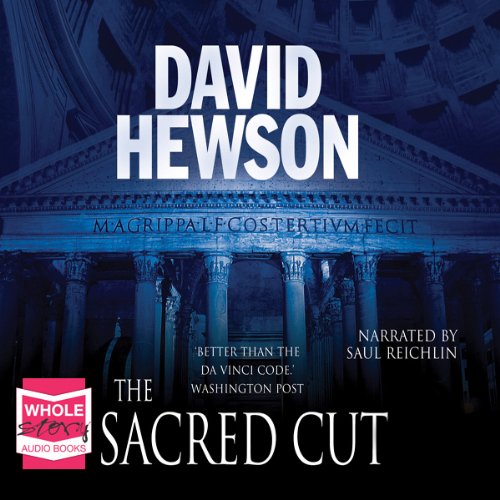 It's approaching Christmas in Rome and snow is falling in a way that only happens every 20 or 30 years. The city is soon paralyzed by an unseasonably icy grip, and in the dark corners of the Pantheon a grim and mysterious story begins to unfold.

Nic Costa and his partner Gianni Peroni are called to reports of an intruder. Instead they find a woman's naked body, scarred in a geometric pattern. Almost immediately they are met by a team from the FBI determined to take over an investigation into what they claim is a killer murdering American tourists around the world, in ways which link back to the mystical structure of the Pantheon itself.

But one agent, Emily Deacon, has a different story to tell, one that has a tragic personal dimension. Through her and an elusive Iraqi girl Laila, only witness to the death in the Pantheon, Nic Costa is pulled relentlessly into the world of the Iraq war and the shadowy secret agents whose job was to penetrate the regime of Saddam Hussein before the armed forces attacked.

Soon he is aware that there is a conspiracy at the heart of these deaths which runs back to Washington, and the past of Emily Deacon's dead father, a tangle of connections he has to unravel, even if it comes at a considerable personal and professional cost. A madman is loose in the frozen winter landscape of Rome, and as Costa soon realises, he is one the American agents know only too well.