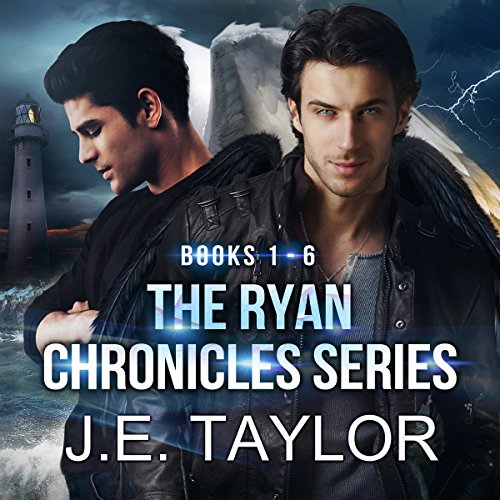 When CJ Ryan's girlfriend decides life is less complicated without him, CJ travels a destructive path into despair, walking the line between what's right and what feels good. But what feels good is a dangerous slope to travel, especially when Lucifer wages war for his soul. One wrong step and CJ could fall into the devil's trap, becoming no better than the demons he battles.

CJ Ryan still can't remembered a thing about his past, but he is determined to have a future with Valerie. Despite his lack of memory, he finds himself ensnared in the cutthroat world of entertainment whether he wants it or not. The push into the spotlight shines a harsh glare on his family and brings with it a plague of horrors that drag him to the edge.

CJ Ryan's life seems to have fallen into place, and while the backdrop of his Hawaiian honeymoon provides the perfect healing elixir, the guilt of sentencing his father to an eternity of torture at Lucifer's hands starts to intrude on his happily ever after. When he and Valerie return from Hawaii, a note from the king of hell greets him, outlining in sickening detail his plans for CJ and those he holds dearest.

Someone is murdering people, draining them dry, and the police suspect it may be a vampire. When the captain of the York police department turns to Tom Ryan and his paranormal investigation agency for help, Tom takes one look at the crime scene photos and knows the killer isn't a bloodsucker.

In the aftermath of his wife's death, Tom Ryan cannot breathe when his three-year-old daughter, Hannah, is out of his sight. His overprotectiveness falls into the realm of paranoia, born from the fear that Lucifer is not done with him yet.

Tom Ryan left York. He left everything he loves to safeguard the last angel descendants. Now he's back, still damned, still persecuted. Prophecy says York will burn, and everyone left who matters to Tom is in York. With no time to catch up and reconnect, Tom is thrust into a battle he's destined to lose.