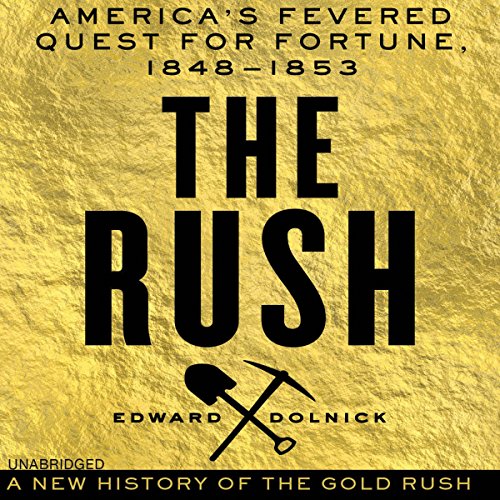 A riveting portrait of the Gold Rush, by the award-winning author of Down the Great Unknown and The Forger's Spell.

In the spring of 1848, rumors began to spread that gold had been discovered in a remote spot in the Sacramento Valley. A year later, newspaper headlines declared "Gold Fever!" as hundreds of thousands of men and women borrowed money, quit their jobs, and allowed themselves - for the first time ever - to imagine a future of ease and splendor. In The Rush, Edward Dolnick brilliantly recounts their treacherous westward journeys by wagon and on foot, and takes us to the frenzied gold fields and the rowdy cities that sprang from nothing to jam-packed chaos. With an enthralling cast of characters and scenes of unimaginable wealth and desperate ruin, The Rush is a fascinating - and rollicking - account of the greatest treasure hunt the world has ever seen.