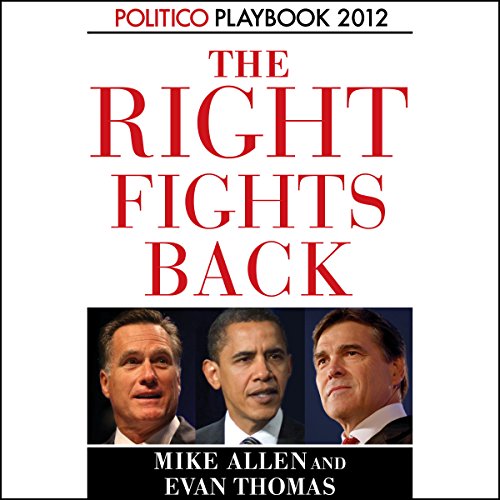 The Right Fights Back

The Right Fights Back

Two of America’s most perceptive political reporters join forces for an unprecedented behind-the-scenes look at the race for the White House in Politico's Playbook 2012, a series of four instant digital books on the 2012 presidential election.

This first edition, The Right Fights Back, follows the campaign for the 2012 Republican presidential nomination, which promises to be one of the most hotly contested and closely fought in recent memory, as establishment Republicans, Tea Party favorites, and dark horse insurgents vie to take on President Obama in the November election. In The Right Fights Back, Mike Allen, chief White House correspondent for Politico, and Evan Thomas, the award-winning journalist and author of Robert F. Kennedy and The War Lovers, chronicle the dramatic events of this historic campaign as it unfolds.

With exclusive real-time reporting from the campaign trail, The Right Fights Back provides detail, color, and in-depth analysis that take listeners beyond the hourly headlines and commentary. From the role of Super PACS and conservative interest groups to the clashes of personality and policy that will define the race to capture the GOP nomination, this is a history-as-it-happens account of the resurgent American right at the crossroads.