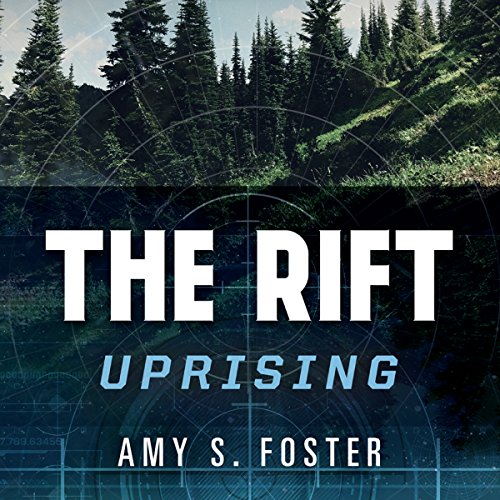 The first story in the fast-paced action-adventure The Rift Uprising trilogy - an enthralling mix of speculative fiction and military thriller - in which a young soldier comes to question the monsters she's trained to fight against...and the monsters she fights for.

Seventeen-year-old Ryn Whittaker is a Citadel: an elite, enhanced soldier specially chosen to guard a Rift, a mysterious and dangerous portal to alternate Earths scientists cannot control or close. Trained from the age of 14, Ryn can run faster, jump farther, and fight better than a Navy SEAL - which is good when you're not sure if a laser-wielding Neanderthal or an ax-wielding Viking is trying to make it through the Rift and into your world. But the teenager's military conditioning and education have not prepared her for the boy who crosses through - a confused young man, seemingly lost and alone.

While there's an immediate physical attraction, it's his intelligence and curiosity that throw Ryn off balance. The stranger asks disturbing questions about the Rift that Ryn herself has never considered - questions that lead her to wonder if everything about her life and what she's been told these past six years has been a lie. Are the Rifts as dangerous as her leaders say? Should her people really try to close them...or learn how to travel through them?