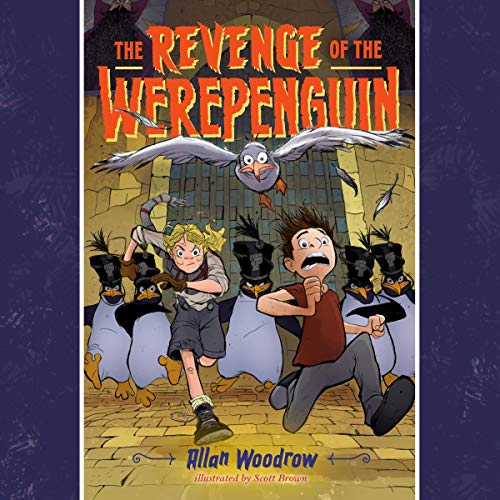 The Revenge of the Werepenguin

The Revenge of the Werepenguin

Following the book Chris Grabenstein called "the most hysterically hilarious book I've read in years", the saga about the evil werepenguins of Brugaria continues!

When we last saw our hero Bolt Waddle, he'd narrowly escaped the clutches of the evil Baron Chordata, but not the fate of becoming a half-boy, half-penguin for life. Living with his penguin colony far from other humans, he's adjusting to life as a full-time werepenguin when his bandit friend Annika tracks him down and begs for his help. Her father has been imprisoned by the earl of Sphen, another ruthless werepenguin who rules his small country with an iron flipper. Bolt and Annika recruit a washed-up pirate and a plucky weregull to help with their rescue mission, but as they get closer to victory, they realize that the earl of Sphen isn't the only werepenguin whose sinister plans could cause their downfall.

Das sagen andere Hörer zu The Revenge of the Werepenguin