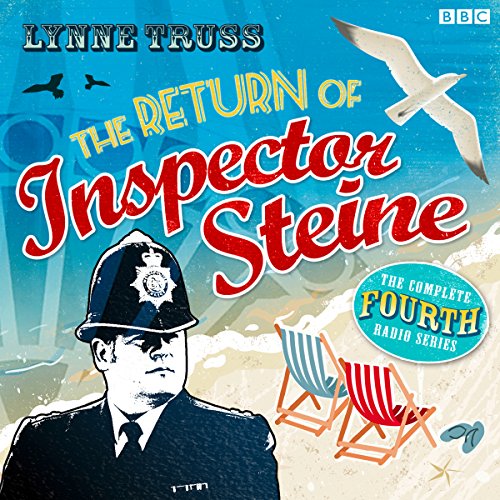 The Return of Inspector Steine

It is 1957, and WWII bomb disposal hero Captain 'mad Hoagy' Hoagland, now fallen on hard times, appears at Brighton Police Station to deliver two boxes. One contains a silver truncheon; an award for valour for Sergeant Brunswick. The other contains the head of one of Mrs Groynes' old criminal accomplices. It is a warning that Mrs G's evil nemesis Adelaide Vine is back, hell-bent on revenge...

Plus, Mrs G and Sgt Brunswick take part in a talent contest; a Canadian filmmaker plans to make a film about the Brighton police; Inspector Steine is behaving oddly, big secrets are revealed and the boys and blue face a terrible threat.