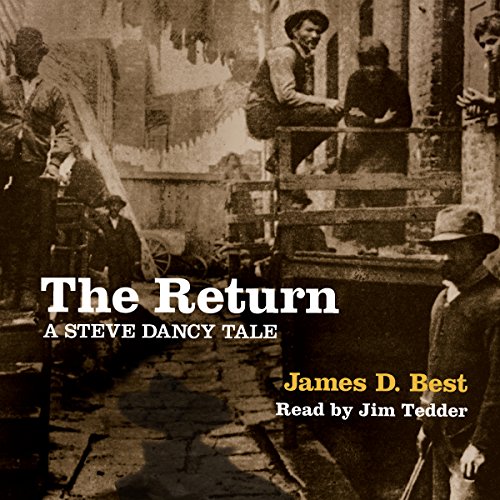 It's the summer of 1880, and Thomas Edison's incandescent bulb is poised to put the gaslight industry out of business. Knowing a good business opportunity, former New York shopkeeper Steve Dancy sets out to obtain a license for Edison's electric lamp. Edison agrees, under one condition: Dancy and his friends must stop the saboteurs who are disrupting his electrification of Wall Street.

After two years of misadventures out West, the assignment appears to be right up his alley. But new troubles await him in New York City. Dancy has brought a woman with him, and his high-society family disapproves. More worrisome, he has also unknowingly dragged along a feud that began out West. The feud could cost him Edison's backing...and possibly his life.