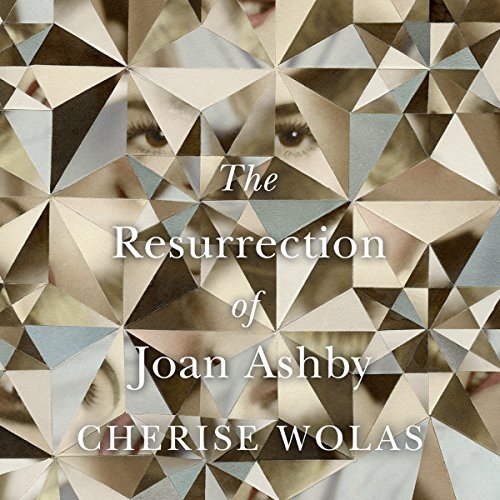 The Resurrection of Joan Ashby

Aged 13, Joan Ashby drew up a list of How to Become a Successful Writer:

1. Do not waste time.
2. Ignore Eleanor Ashby* when she tells me I need friends [*J. A.'s mother].
3. Read great literature every day.
4. Write every day.
5. Rewrite every day.
6. Avoid crushes and love.
7. Do not entertain any offer of marriage.
8. Never ever have children.
9. Never allow anyone to get in my way.

A decade later her short stories take the literary world by storm. But her failure to fulfil numbers six and seven gets in the way, closely followed by number eight (twice); some years down the road, she finds herself living a life very different from the one she had envisioned.

She finally gets back on track with numbers four and five, and her much-anticipated first novel is finally written - and it's a masterpiece, she just knows it. But as she is poised to reclaim the spotlight, a betrayal of Shakespearean proportions is lurking around the corner....

An audacious and dazzling novel, epic in scope but intimate in its portrayal of one woman's triumphs and catastrophes.

"A stunning debut - because there is nothing debut about it." (A. M. Homes)
"Like John Irving's The World According to Garp, this is a look at the life of a writer that will entertain many nonwriters. Like Lauren Groff's Fates and Furies, it's a sharp-eyed portrait of the artist as spouse and householder. From the start, one wonders how Wolas is possibly going to pay off the idea that her heroine is such a genius. Verdict: few could do better." (Kirkus Reviews)
"This is the kind of book that pulls you under and you go willingly. And when it's over, you come up for air and see anew. In giving us the story of one woman's struggle to write her own life, Wolas captures worlds in worlds here, and lives in lives. As many currents run in a single river, The Resurrection of Joan Ashby is rich and wide, and deep." (Sarah Blake, New York Times best-selling author of The Postmistress)